Listen to the Band: A Monkees Fan Page 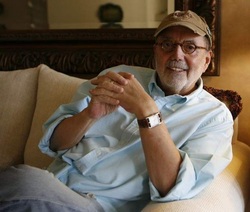 • His reputation as a director of women.

• His reputation as a director of “problem” actors

• His reputation as a director of successful pilots.

And, like an old Quinn Martin production, it would probably include an epilogue set in his retirement home in Indian Wells, where he could reflect on his 50 years in film and TV.

Frawley, 75, will discuss his work with some of TV's best actresses at a Palm Springs Women in Film & Television luncheon Saturday at Las Casuelas Nuevas in Rancho Mirage.

One of his first jobs behind the cameras was directing Marlo Thomas and Ethel Merman in 1967 in “That Girl,” a show that anticipated Mary Tyler Moore's independent single woman in the big city by three years.

He also guided Tyne Daly to some of her best work in “Cagney and Lacy” and earned an Emmy nomination for directing Calista Flockhart in the pilot of “Ally McBeal.”

The latter show perpetuated his remarkable string of 10 consecutive pilots made into TV series.

“The great thing about doing a pilot,” Frawley said in the home he's shared with his wife, Cynthia, since 2009, “is you have an opportunity to come in at the beginning and create the look. You contribute the same kind of directorial point of view as you would in a feature.”

But there's another theme running through Frawley's work, from his early days as an actor to his last directing job on “Grey's Anatomy” and through feature films such as “The Muppet Movie” and “Kid Blue” with Dennis Hopper.

A “crazy” factor pops up in all three acts of his life, as he noted in a recent interview in his living room.

Question: Directing a pilot is like theater. You get to develop the characters and tweak the writing. And you started as a theater actor in New York. Did you bring that background to your directing?

Oh, sure. When you're working on Broadway with (Laurence) Olivier and studying with Lee Strasberg at the Actors Studio, a tradition is developed. It's really not about ego and not about fame. It's about the work. I brought that to everything I did. That's kind of who I am today.

Did you have a Dustin Hoffman moment doing “Beckett” with Olivier on Broadway — a clash between the Method and the classical actor?

I was lucky because I started doing the classics. I went to Carnegie-Mellon (in Pittsburgh), which is a very classically oriented drama school. Then I did a lot of summer Shakespeare. So, I came to “Beckett” with a great voice, a kind of stature for a young man and he respected that. (But) people have The Method wrong. Method acting can be applied to any style. When I did “The Muppet Movie” — I know this is going to sound weird — I “talked” to Miss Piggy and Kermit in Method terms. I talked about what they were experiencing, what the scene was about, what they were feeling, and that came up through the Muppet performers. Jim Henson was underneath the camera, but he felt what I wanted. If I could touch him in terms of what an emotional moment was, it would translate into how he would manipulate Kermit. I may be crazy, but it's true.

Were you part of the alternate theater scene in New York at the time?

I had the pleasure of being in a group called The Premise (featuring) Buck Henry, the writer; George Segal, the actor; Ted Flicker, Joan Darling and myself. It was a standup improvisational political group in the Village.

So you didn't come out of nowhere for your first TV directing job on “The Monkees.” You were grounded in that type of comedy.

How it happened was circumstance and blind luck. The Premise came to L.A. (and) a couple of young producers in Hollywood thought I was a funny guy. We met socially and they said, “Listen, we're creating a show and you've done improvisational theater and been an acting teacher and gone to the Actors Studio. You might be a great guy to work with these four guys.”

The four guys were the Monkees. Who were the producers?

Burt Schneider and Bob Rafelson. They went on to create the best American movies of the '70s.

I heard they were part of a crazy group that included Jack Nicholson.

They were. This whole group of crazos.

That was a time when they were coming to the high desert and mushrooms were in bloom.

Yes. I nibbled on a few of those in my day. I'm a follower of Baba Ram Dass. He and (Timothy) Leary went to school together — in more ways than one.

The Monkees have a reputation of being manufactured, but the audition for the actors was the hottest thing in town. How did you feel about that process?

I came in after they were cast, (but) I had no reservations. Something clicked and I felt like I was home. I understood the four boys, they got me. We did an improvisational workshop to develop our banter.

They were supposed to be the American Beatles. How could you re-create that and make it a TV show?

There are similarities between the Monkees and the Beatles, but we never made that part of our ambition. We were very American. The Beatles were much more subtle, much more English. Our stuff was much more slapstick and we acknowledged the camera a lot in our work. My favorite moment of all the 32 episodes I directed was an episode where we are about to do a bunch of gangsters coming to the house, and Micky Dolenz says, “Wait a minute, Jim. We can't do another show about gangsters.” And I walk on camera and say, “C'mon, we've got to…” “No, no. I'm not going to do another show about gangsters. We've done it.” He walks off the set and the camera follows him across the sound stage to a small room marked “Writers.” And there are six ancient Chinese sitting around a table with old typewriters. And standing over them is this big Asian guy from James Bond with a whip.

Yeah, or somebody like Odd Job. And he says to them, “Guys, we can't do another show about gangsters. Can't you think of something else?” And they all start to write on these old Underwoods. So he takes the pages and he walks back to the set and hands them out and we continue the show. That was pretty far out.

Did you seek producers that wouldn't require you to be so conformist?

At the beginning, because I met with such huge success early on, I was given that kind of freedom.

What show gave you the most freedom?

I guess “The Monkees.” The pilot of “Ally McBeal” was the most original television script I ever read, by David Kelly. It, like “The Monkees,” broke the chains that bind and was just full-out imagination. I was thrilled when David asked me to do it. Like Jim Henson, who asked me to do “The Muppet Movie,” it was because he recognized some of the stuff you've recognized. There's a line between my work that says this guy is a little crazy but deeply emotional and committed and feeling. He puts all of that together and does interesting work.

Act IIWhy did you retire?

First of all, I had 40 years of intense activity. I worked all the time on terrific projects. It was a very gratifying career. At the same time, if you consider that my first directing job was “The Monkees,” things have changed since then.

Also, the business can be all-consuming. My wife and I have been together since 1984. I was away a lot of the time. So this was an opportunity for us to be together 24/7 and have the intimacy and the time we didn't have before so much.

Was television better when you were starting?

I think it's more restrictive now, as far as the director's work is concerned. When I started, directors were given the same kind of freedoms they were given on a movie set. But now, there are a lot of people looking over your shoulder.

Are you talking about network television?

Yeah, I think so. Network television money became tighter, budgets became more important. When a director directs television today and he sits at the monitor, there are three producers or representatives of the producer that sit behind him watching the work. My company was Cut, Print, Yes. Because that's what I say at the end of a take, “Cut, print, yes!” But I got to the point where I'd say, “Cut, print, yes,” and turn over my shoulder and say, “OK? Everybody all right?” So it became really a function of a group.

The worst example in my experience was, I directed a scene with an actress. I went, “Cut, print, yes; let's move on,” and I heard a voice, “Ah, Jim? Can we just look at the script for a minute? See what's written here, these three dots? She didn't acknowledge these three dots in her performance. She didn't take that pause.” I said, “Yeah, but it's a great performance. I'm not looking at the dots, I'm looking at what's happening here.” “Well, Jim, I'd like to do it again and I'd like her to honor the three dots.”

That's an extreme example, but that producer was afraid the person that wrote the script, who happened to be David Kelly, would watch dailies and say, “Wait a minute! What happened to my three dots?” Which he wouldn't. It was the producer's fear that she was going to get yelled at.

Why did you retire to the desert?

My wife and I love the desert. We've been coming here for 30 years. We had a great house in a wonderful neighborhood in Palm Springs called Old Las Palmas. Elizabeth Taylor had a house a block away from us. (Director George) Cukor lived there and there was a little house around the corner where Spencer Tracy and Katharine Hepburn used to spend weekends. We first came out here when we were courting and what could be more romantic than the stars at night in the desert?

Curiously, there's a moment in “The Muppet Movie” where Kermit is alone in the desert under the stars. He's going through his biggest conflict about what to do with his life and he runs into his other self, another Kermit, and the doppelganger gives him the answer about how to continue. It's a major epiphany for Kermit. And when he has that moment, there's a shooting star that punctuates it. I go out at night in the desert and look to the sky in the hopes I'll see another shooting star.